From the 20th of September to the 27th, the majority of the 8th classes of BORG Bad Aussee were in Ealing, in London, on their Intensive Language Week. The families with whom the students stayed were lovely and hospitable, ensuring that each individual enjoyed their week in London- as a couple of HostFamily Selfies# show. With regard to the language classes, the students were of a divided opinion; aside from one teacher who was “sooo cute”….! Despite a rainy Monday (which involved a hilarious “photo challenge” while it was raining cats and dogs), the rest of the week was clear and the students could even top up their vitamin D on Saturday during a day trip to the seaside in Brighton. Among other activities, they went on a bus tour, visited markets, enjoyed a Jack the Ripper tour, saw the Dungeons or the Harry Potter Studios, went to musicals and the Victoria and Albert Museum for the London design Festival and saw the countless sights London has to offer. The winners of the photo challenge were awarded some London memorabilia and fudge, whereas all participants were given some typically British postcards and pencils. Market day was a success; starting at the Borough Market and ending up in the famous Camden Market. The group tried some new and interesting cuisines, including Indian vegetarian food; Thai, Aberdeen Angus burgers…and a couple less-adventurous students had...you guessed it… a German frankfurter with sauerkraut. Camden Market was - to state the obvious- a huge hit with the group. Many even returned later in the week, for souvenirs, food, or even feathers in their hair! The tour guide for our Ripper tour, Mick, spoke like a runaway train, but all of the students could follow him as his English was very clear and his manner of storytelling was out of this world. We all learned so many new things about London’s first serial killer in the Victorian Times. The Dungeons terrified some individuals in our group, whilst the hardcore Potterheads headed out to the Warner Brothers Studio tour. Well worth a visit. For many, the Brighton Day was the highlight of the trip. An hour from London by train, Brighton offered quirky shops, winding streets and, of course, the sea! The weather (as can be seen in the pictures) was to die for; not a cloud in the sky. A number of the group had a little snooze on the beach, before being terrorized by giant seagulls. After an action-packed seven days, the students were glad to be back in Bad Aussee- although they all said they wished they could have stayed an extra week (though financially-we’re not certain parents would’ve agreed!). In spite of acute exhaustion, 99.9% of the 8th classes dragged themselves out of their warm beds into school the next morning, showered and fresh-faced, which impressed everyone, parents and teachers alike. Both of the accompanying teachers, Ashley J. M. Townsend and Katharina Hilbrand, had a blast with the group, all of whom were ready for anything and eager to try new things. A HUGE thank you to all those who took part- shame we can’t go every year with you! AJMT 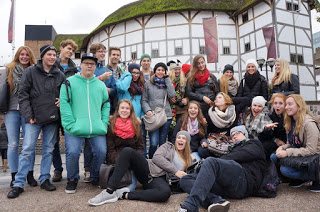 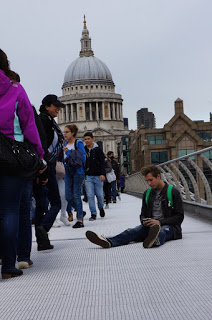 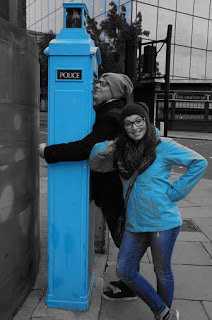 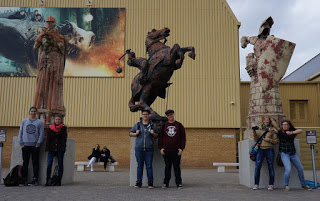 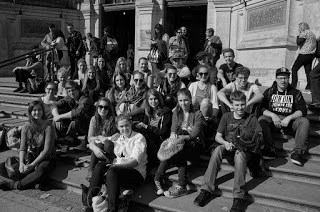 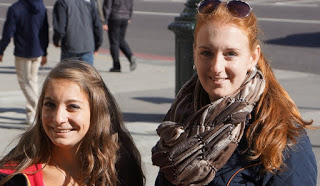